Join our newsletter list to be the first to hear the latest news! I'm in!

Prayer is vital in our daily walk as followers of Jesus Christ. It is how we communicate one on one with our Heavenly Father. It should be considered the sacred time between you and I and God and taken very seriously.

Rejoice always, pray without ceasing, give thanks in all circumstances; for this is the will of God in Christ Jesus for you. 1 Thessalonians 5:16-18

BE SURE TO PIN ME FOR LATER

How The Power of Prayer Changes Things

Can I ask you how much time you spend soaking in the power of prayer on a daily basis? If you are like me it is nowhere near enough as it should be.

I know how the power of prayer changes things yet I have convinced myself that my prayers aren’t as eloquent or powerful as other people’s prayers are.

Believe it or not but I have always been rather shy and have had trouble speaking in front of other people. I get so tongue-tied and filled with anxiety.

For instance, I LOVE the ladies in my Lifegroup dearly but I feel that I’m so lacking in speech when speaking prayer out loud. It seems their words just flow endlessly and perfectly without even thinking about them.

Me on the other hand…not so much!

I struggle terribly and I don’t want to come across as not being good enough or less than in their eyes. How silly of me right. Do you ever feel that way? Why do we make things more difficult than they need to be?

Presence of the Holy Spirit

Prayer changes things because we are having an intimate conversation with our Heavenly Father! Through our prayer, we unleash the power of the Holy Spirit which is our conduit and the source of our power of prayer. Do you realize when we are in prayer with God we are talking to our friend?

If we want to have a deeper relationship with God we must communicate with him. The more time we spend with him the more intimately we will know and understand him.

No longer do I call you servants, for a servant does not know what his master is doing; but I have called you friends, for all things that I heard from My Father I have made known to you. John 15:15

This is my personal opinion I believe we get too comfortable thinking that God knows our needs anyway so why should we speak them aloud. I mean God has us in the palms of his hands right? Yes, this is true but he still wants us to be personable with him.

My Pastor did a sermon on the power of power and it was an eye-opener for me how he stated it…Live as if there is NO POWER unless you pray!

POWER OF PRAYER WILL CHANGE YOU

As we share our hearts with God he is molding us and changing our hearts to be more conformed to the image of His Son…Jesus. The more time we spend with Him the more we become like him. How?

Power of Prayer in Good Times

Whatever our situations may be and whatever we may be going through God wants us to cast those cares to him. I know I’ve said this countless times but our greatest trials will become our greatest testimonies.

Often times, God will throw us in the deep end so our ONLY source will be to solely rely on him and him alone. God wants to hear us shout I need you and I can’t do this without You! God is building our faith and character.

What are the five basic forms of prayer?

Does Prayer Change Things? Is there power of prayer?

I did research on stories taken from the bible to prove how prayer changes things. Some would argue that since God already knows how things will turn out (which in fact he does) so we should we bother praying to begin with?

This being the case, however, doesn’t mean we can not go to Him in prayer about it. Prayer worked in the following six stories so who are we to say he won’t do the same for us right?

So they took away the stone. And Jesus lifted up his eyes and said, Father, I thank you that you have heard me. John 11: 41

I knew that you always hear me, but I said this on account of the people standing around, that they may believe that you sent me. John 11: 42

When he had said these things, he cried out with a loud voice, “Lazarus, come out. John 11: 43

The man who had died came out, his hands and feet bound with linen strips, and his face wrapped with a cloth. Jesus said to them, Unbind him and let him go. John 11: 44

Jesus Taught us the Power of Prater

Our Father in heaven, hallowed be your name. Your kingdom come your will be done, on earth as it is in heaven. Give us this day our daily bread, and forgive us our debts, as we also have forgiven our debtors. And lead us not into temptation, but deliver us from evil. Matthew 6:9-13

At that time Joshua spoke to the Lord in the day when the Lord gave the Amorites over to the sons of Israel, and he said in the sight of Israel. “Sun, stand still at Gibeon, and moon, in the Valley of Aijalon.” Joshua 10:12

And the sun stood still, and the moon stopped until the nation took vengeance on their enemies. Is this not written in the Book of Jashar? The sun stopped in the midst of heaven and did not hurry to set for about a whole day. Joshua 10:13

But Moses implored the Lord his God and said, “O Lord, why does your wrath burn hot against your people, whom you have brought out of the land of Egypt with great power and with a mighty hand? Exodus 32:11

Why should the Egyptians say, ‘With evil intent did he bring them out, to kill them in the mountains and to consume them from the face of the earth’? Turn from your burning anger and relent from this disaster against your people. Exodus 32:12

Remember Abraham, Isaac, and Israel, your servants, to whom you swore by your own self, and said to them, ‘I will multiply your offspring as the stars of heaven, and all this land that I have promised I will give to your offspring, and they shall inherit it forever. Exodus 32:13

And the Lord relented from the disaster that he had spoken of bringing on his people. Exodus 32:14

And she said, “Oh, my lord! As you live, my lord, I am the woman who was standing here in your presence, praying to the Lord. 1 Samuel 1:26

For this child, I prayed, and the Lord has granted me my petition that I made to him. 1 Samuel 1:27

Elijah was a man with a nature like ours, and he prayed fervently that it might not rain, and for three years and six months, it did not rain on the earth. James 5:17

Then he prayed again, and Heaven gave rain, and the earth bore its fruit. James 5:18

And David built there an altar to the Lord and offered burnt offerings and peace offerings. So the Lord responded to the plea for the land, and the plague was averted from Israel. 2 Samuel 24:25

In Closing on How the Power of Prayer Changes Things

Sweet friends, I hope you see how the power of prayer changes things. You and I have access to God through the Holy Spirit. Allow His presence to guide you. Also, keep in mind as you pray to have faith in the promises of God.

God may or may not answer our prayers how we choose but rest assured he will know what’s best for us. He loves us and we should be putting God first. I know the power of prayer transforms you from the inside out.

I will be the first to admit that I need to spend more one on one time with God. Let’s be committed to prayer because prayer changes things and there is no greater love than God’s.

Angie of Resounding His Love has a passion for sharing the unconditional saving grace of Jesus Christ. She encourages you through trials in Christian living as well as helping you cope with the loss of loved ones. She uses her personal experience of abuse to help you overcome domestic violence. You can connect with her on Facebook, Pinterest, Twitter, or Instagram.

Previous Post: « Is God’s Grace Really For Everyone?
Next Post: Can We Have It Both Ways? Are All Sins Equal? »

This site uses Akismet to reduce spam. Learn how your comment data is processed.

Thanks for visiting. Here you will learn how to find hope and healing in all aspects of life. My passion is helping Christian women seek a closer walk with Jesus in everyday life. I share my personal experience of both abuse and loss to teach YOU how to apply God's word to become stronger one step at a time.

“As an Amazon Associate, I earn from qualifying purchases.” 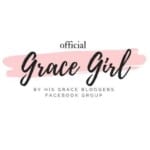 1K Shares
Pin66
Share1K
Tweet2
We use cookies to ensure that we give you the best experience on our website. If you continue to use this site we will assume that you are happy with it.YesNoPrivacy policy
You can revoke your consent any time using the Revoke consent button.Revoke cookies